Joy of life, enjoyment of wine, and a townscape that combines old with new – this is Mainz. Here you can read what makes up the town characteristics of Rhineland Palatinate’s state capital.
The state capital of Rhineland-Palatinate combines an ancient culture with joie de vivre. It is the home of the German Wine Institute and is the wine capital of Germany; outside the city is the largest German wine-growing area, Rheinhessen, with a number of award-winning vintners. In 2011, Mainz was named the “City of Science” – this has given fresh momentum to the scientific location and the regional economy to this day.

© Carsten Costard
In the picturesque old town around the Romanesque St. Martin’s Cathedral, you can stroll through winding streets. Behind the lovingly restored half-timbered, Baroque and Rococo façades, jewellery and clothing boutiques, little studios, typical Mainz wine taverns and restaurants invite you on a journey of discovery.

Lovers of the works of Marc Chagall make a pilgrimage to St. Stephan’s Church with its famous blue stained glass windows, unique in Germany. The largest Roman theatre north of the Alps can be found in the southernmost part of the old town as well. The cityscape and the various city panoramas are shaped by St. Martin’s Cathedral.

© Carsten Costard
The newest sight in the city is the new synagogue building of 2008 in the Mainz-Neustadt district. The synagogue with its eloquent architecture is a special place as a symbol of reconciliation and Jewish life returning to the city. 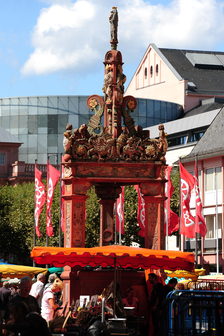 © Landeshauptstadt Mainz
As one of the three imperial cathedrals on the Rhine, it has been the centre of life in the city for more than a thousand years – and is now the episcopal church of Cardinal Karl Lehmann, an honorary citizen of Mainz. It is particularly lively in the cathedral squares on the three weekly market days. The most important Renaissance building in Mainz and the region, the Electoral Palace, enchants visitors with its idyllic location on the Rhine. It houses conference facilities and the exhibition rooms of the Roman-Germanic Central Museum.
Mainz is a city whose squares are characterised by fountains of all eras and styles. Out of more than one hundred fountains, two deserve a special mention: the market square fountain, the oldest fountain and a colourful meeting place at the cathedral, and the carnival fountain, which captivates visitors with its variety of figures and provides a multi-facetted picture of carnival culture all year round. 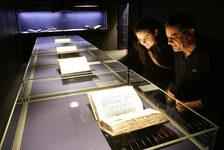 © Landeshauptstadt Mainz
Gutenberg Museum
With Johannes Gutenberg – the greatest son of the city, inventor of the printing press with moveable type, who has been named “Man of the Millennium”, a new age began – and not just in Mainz. More than one hundred years ago, a whole museum was dedicated to him.
At the Gutenberg Museum, you can admire two of Gutenberg’s famous bibles, the first printed books in the world.
http://www.gutenberg-museum.de 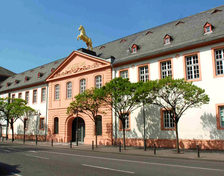 © Landeshauptstadt Mainz
Roman-Germanic Central Museum
Ancient, Roman Mainz, on the other hand, lives on in the Roman-Germanic Central Museum, in the Museum of Ancient Seafaring and in the Shrine of Isis and Mater Magna discovered just a few years ago. A fascinating display gives visitors insight into the rituals of life in the Roman provincial capital Mogontiacum.
http://web.rgzm.de 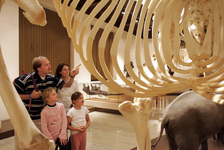 © Landeshauptstadt Mainz
Natural History Museum
The collections of the Mainz Natural History Museum are dedicated to the natural environment of Rhineland-Palatinate and far beyond. This museum that is particularly interesting for children and families is undergoing an intensive facelift, encompassing all sections of the museum.
http://www.mainz.de/nhm/english/index-e.html 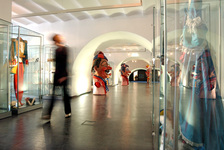 © Landeshauptstadt Mainz
Carnival Museum
And – how could it be otherwise – the newest museum in Mainz is dedicated to Carnival with pictures and sound recordings and an exhibition of costumes and awards. You can find more on the current exhibitions at the museums at www.mainz.de/museen.
http://www.mainzer-fastnachtsmuseum.de 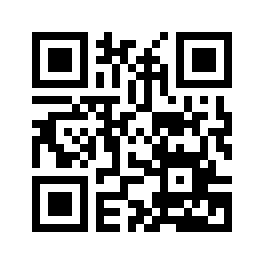